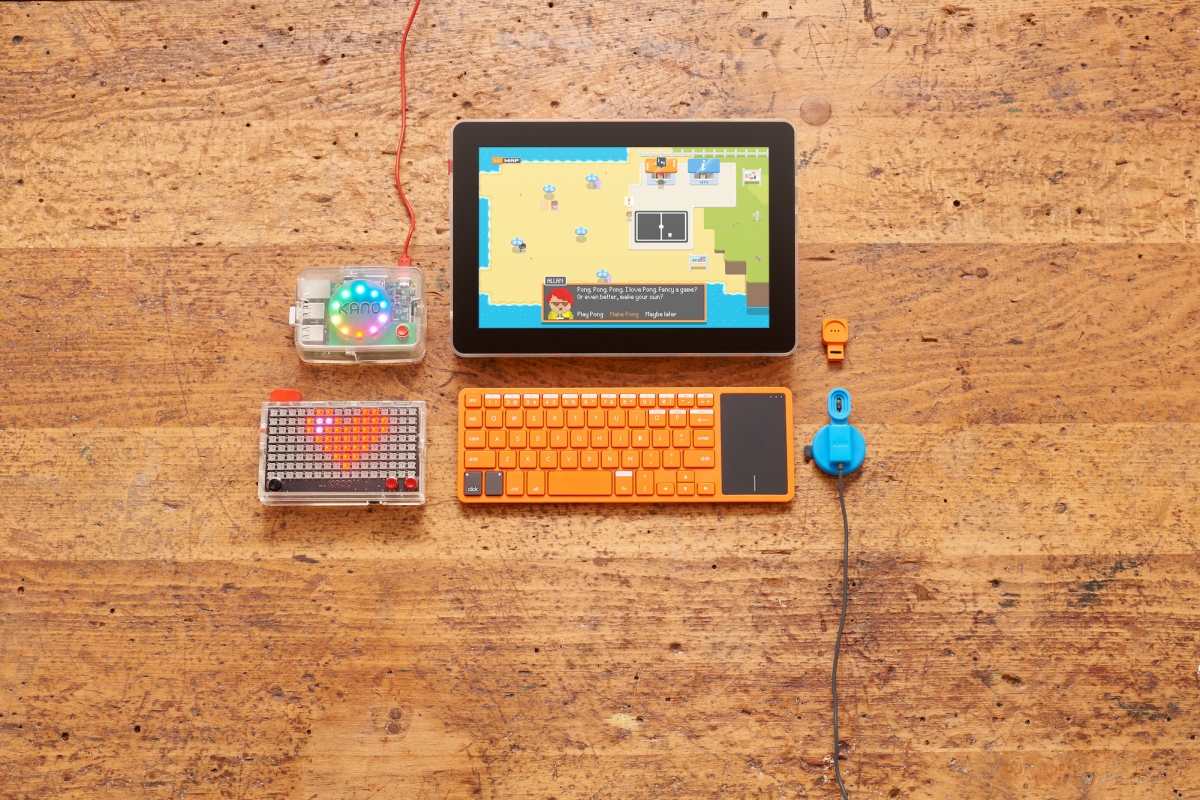 Two years ago the creators of Kano, a build-it-yourself computer kit, smashed their crowdfunding target and picked up some high profile backers. Co-founder Alex Klein tells Toni Sekinah about his mission to make programming easy and fun and why the kids were initially suspicious of the keyboard. 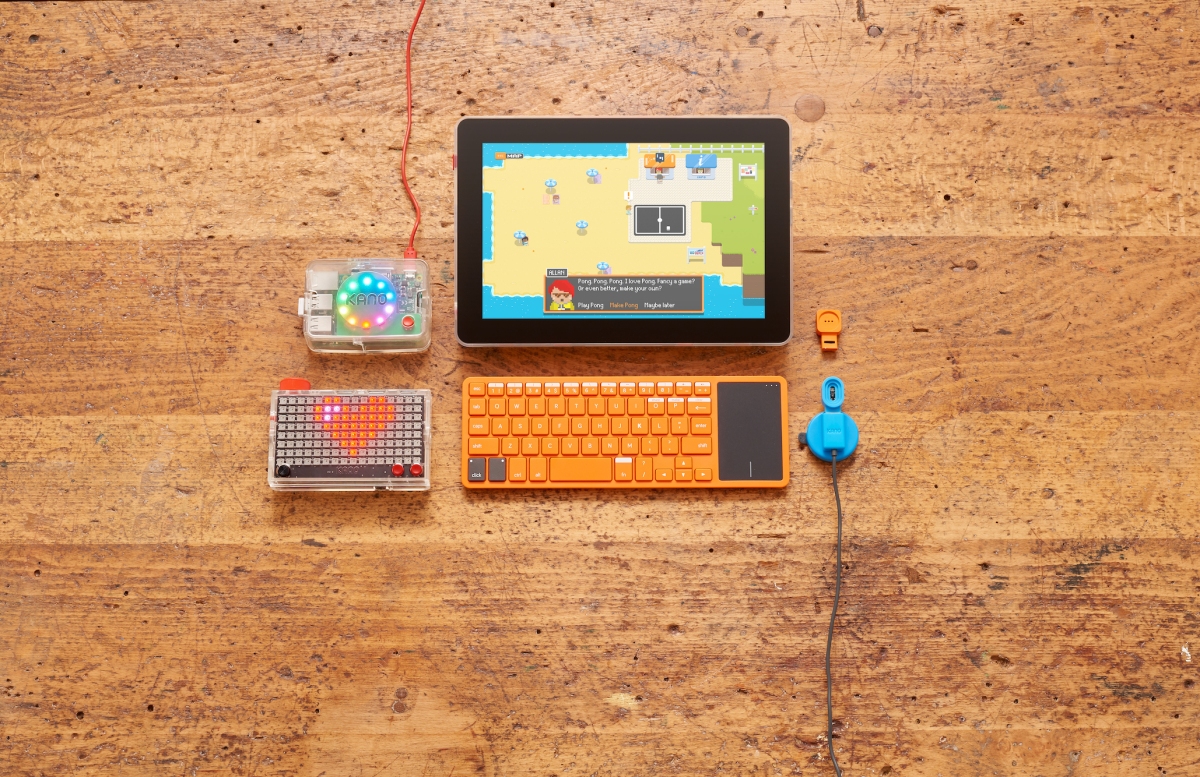 Alex Klein is doing his part to create a generation of “superchildren.” These are kids who can get under the hood of and tinker with their tablets, smartphones and computers.

He’s doing this with his invention Kano. Klein describes Kano as a simple, fun computer hardware kit built around the Raspberry Pi. The kit includes a set of software packages that allow users to be creative and express themselves with code-powered projects once the computer has been put together.

The project went on Kickstarter in late 2013 and hit its target 15 times over raising $1.5m from 131,000 supporters including Apple co-founder Steve Wozniak and Kickstarter co-founder Yancey Strickler. To date 45,000 Kano kits have been sold to customers in 86 countries. Roughly half of Kano’s sales are to customers in the UK and the US but in May the company raised a $15m series A round to facilitate a push into other markets as well as improving and extending the products.

Klein says: “If you want to get yourself or your kids ready for the future, wherever you live, Kano is a simple and fun way to do it.”

The kit costs £120 and includes a Raspberry Pi board, speaker, keyboard, case, cables, a micro SD card, power plug and wifi dongle and of course the picture book assembly guide as well as a coding booklet.

It all stems from Klein being an amateur hacker and spending two years as a reporter. “The aspect of journalism I enjoyed the most was using stories, characters, anecdotes and humour to make the complex simple, to demystify the world.”

Klein became fascinated with the Raspberry Pi computer, after interviewing Eben Upton of the Raspberry Pi Foundation for an article in 2012. The Raspberry Pi is a credit card-sized, single board computer developed to help kids around the world understand how computers work. So Klein was surprised when Upton said not many kids were using it because it was “too techie” for them.

Klein bought one and a 400-page, black and white, small print guide. His then six-year-old cousin Micah asked him to create a manual that was super easy to understand.

“He said ‘I want to make my own computer that is as simple and fun as Lego. It has to be so easy that no one teaches me how to do it’,” Klein recalls.

The first words Klein wrote in Make a Computer were: ‘This is your little computer. It looks a bit complicated but you can make it yourself and use all its powers.’

Along with Micah’s father Saul Klein – partner at Index Ventures – and entrepreneur Yonatan Raz-Fridman, Klein produced a kit of components and set up Kano Computers in early 2013.

“We thought ‘what if it was as easy to be creative with technology as it is to use it’ and that was the spark,” says Klein.

They tested a prototype at primary schools but quickly realised that the keyboards were not suitable. The original ones were designed for businesspeople and came with built-in laser pointers. The kids kept zapping each other in the eye.

Klein and Raz-Fridman noticed that despite the fun factor, the children were suspicious of using the keyboard having spent their whole lives using touchscreen displays. They had to come up with a keyboard that was exciting for young people to use and developed an orange keyboard with a touchpad that can be held like a games controller.

Kano is not just hardware but software too. The free, open source Kano operating system, which Klein calls the fastest simplest and most fun operating system for the Raspberry Pi, comes preloaded on micro SD card.

Once Kano is connected to a monitor and booted up, users have the option to use it as a computer, play music or play video, or play the games Pong, Snake or Minecraft.

The Kano users can also do projects, if they choose, on the Kano Blocks platform. Klein explains that the platform is a like a code-powered Lego set. “It breaks down code in programming languages like Python and JavaScript into these really easy plug and play visual blocks,” he says. This means that users can manipulate the games and change the size of the Pong ball, for example.

Klein says the inclusion of the projects was made possible when Alejandro Simon from the PlayStation 4 team and Tommy Sahl from the woods of north Sweden brought some “serious development talent” to the team.

Through Kano, Klein is giving kids a route into the world of programming that he found difficult to enter when he was growing up.

In 1999, after watching The Matrix, he decided he wanted to be a hacker. “I wanted to be like Neo and see though all the codes that control the world,” he says. But his youth worked against him when trying to access online resources.

“I’d go to online forums and ask what I thought were pretty simple questions and people would give me grief and say things like ‘what are you? Eleven years old?’ And I was 11 so it was a bit of a bummer.”

The difference between Klein’s experience and that of the kids that use Kano is night and day. Klein and Raz-Fridman did a workshop in King Solomon Academy in central London with a group of primary aged children.

The class remained quiet when Klein asked who had seen the inside of a computer before and who thought they could make a computer.

But when he asked how a computer thinks, all the hands went up and the class responded with theories ranging from magic waves, to space, to the computer talks in secret letters to the matrix.

When he told them they would build their own computer by following the instructions in a picture book, he remembers the atmosphere becoming electric and the kids tearing into the boxes.

“By the end of the hour they had made the computer. It was incredible. One child told me: ‘adults think we’re incapable because we’re so young, but today we made a computer. We’re like superchildren’.”

*This article was first published in July 2015 on TechCityinsider.